Spring
Spring is a sense of hope
No reason to mope
For spring is the beginning of life
We hope it will all suffice
A storm here and there
And buds on trees everywhere
Trees were bare
But now have leaves to wear
Spring is a new start
Then comes summer, the next part
Posted by Elizabeth at 1/29/2012 09:52:00 AM 2 comments: 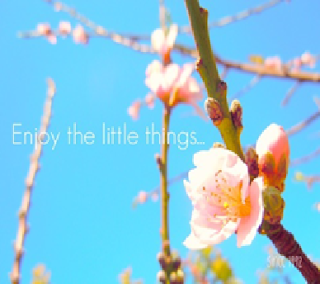 I have been very busy so I hope this makes up for it. I warned you this is very long. Qoute of the day...
I placed a wall of air around the camp
to protect us. Then I lied on the reed mat and fell asleep with my hand on my
sword.

I had a dream. I was running through the forest only being directed by a strange pull tugging me toward itself. I tried to resist this pull fearing I was sleep walking while I dreamed this and the Shadow Lord was the one reeling me in like a fish. That’s when I felt the connection to this thing tugging at me. It was a strong bond I couldn’t explain. I stopped and realized that this was the same dream I had when Destiny was in her egg stranded in the forest. I had felt the same heart-aching connection and feeling that I had to get her. There was a dragon in an egg doing The Calling. The Calling is a dream that all dragons in their eggs send out to the person they believe is their Rider-to-be. But this felt like two dragons doing this at the same time. Dozens of questions ran through my mind all at once. How could I be a Rider already but now have 2 more dragons calling to me? Have they mistaken me for someone else? I knew automatically that the answer to that one was a no. Were these the same dragons that the willow said belonged to me in the prophecy? Are these dragons 2 of the 3 that are stuck in eggs at the Shadow’s palace? I had no way of knowing the answers but somehow I did. Yes they were in the prophecy and yes they are 2 of the 3 in the Shadow’s place. The moment I realized this I woke up.

When I woke up I woke Destiny up and told her what had happened. She nodded; I had the same dream too. I knew that these dragons are the ones from the Shadow Palace. She calmly said. You know the willow said that one of the 3 would belong to the boy. Do you think that he had the same dream? I asked. I believe he did because right now I can hear him get up and breathe heavily as if something odd such as The Calling has happened to him. Destiny responded. At that I rushed into the tent and looked at the boy who was standing there and breathing heavily like Destiny had said.
“I know what dream you had and I’m here to explain.” I said to him. He looked at me wild-eyed not understanding how I had known. Then he pushed me out of the way and dashed out. I followed him walking knowing that he couldn’t leave the camp with my air shield intact. It didn’t just keep things out but it kept things in too. But the boy didn’t know so he ran out of the tent, toward the edge of the shore, head first into the shield and fell onto the gravel. I walked over to him and grasped his hand. Like before the second I touched him I could read his thoughts. I watched him run through the forest being tugged by an invisible force. I nodded to myself; yes he had been through The Calling. Then I spoke to him in his thoughts and told him everything. What the dream meant, the prophecy, what my powers were, everything he needed to know right at the moment. I answered all his past questions. When I was done I let him go and walked away.

Guards were at the front gate but we slipped past them. The streets were filled with dozen of wooden stands. People were standing behind the stands calling out what they were selling. “Apples want apples? I got apples!” One of the sellers called out.