Here's some story to read. Hope you like it!


Destiny, have you seen any ponds while you were hunting? I asked when Destiny flew back into mysight as she was coming back from her hunting trip.
Yes, there’s one 5 yards away from you, Sarah. Destiny said with a hint of amusement in her voice. I could almost hear her eye roll.
Oh shush, Destiny .This brush is so thick it took me a long time to find a big enough area for a camp and I can barely see three feet outside the ring of bushes. I snapped slightly. I could hear Destiny do another eye roll as she drew close to the ground. I just sighed to myself and got up and drew my sword from my scabbard. I asked Destiny which direction the pond she had mentioned was and then started off in that direction. I slashed down vines and overgrown branches left and right at every step until I stepped into some soggy mud and realized that I was right on the edge of the pond. I cast out my baited fishing line into the middle of the small 6 ft. by 7 ft. pond. It didn’t take much time in order to catch 2 Terid fish. They were small, about the size of a salad dish, but I was sure their meat would be great and filling. Derek would have the bigger one so that if I lost the bet, which I doubted, Destiny would only get the small fish. I was hoping I would win the bet because winning the bet would mean I would win a nice fat doe that Destiny
had caught. The doe was her first catch and her second catch was a stag. I was glad she had caught a stag as well because I needed the antlers to create a knife for Derek. The tip of an antler if sharpened could last a long time, less than a stone one but I have not been able to find a good stone for a knife. I trusted Derek not to a knife against me but to be extra careful I placed a spell that protected me from Derek in case he ever turned against me, which I didn’t think he would unless he learned enough skills from me on how to survive in the wild. I would not give him every survival skill that I knew unless I was sure that I could trust him with everything I had.
I felt twigs snap underneath my feet and felt splinters of wood insert themselves underneath my feet. It felt like hot needles pricking my feet. I growled in frustration and stabbed the ground with the tip of my yew wood fishing pole. This was getting to be too much for my feet, I needed shoes that actually protected my feet. The shoes that I wore now were thin and were only a few layers of soft but sturdy tree bark and the straps were made of deer hide. Splinters often slipped through the sandal’s cracks and got into my sensitive feet causing me pain every time I put pressure on it. It also caused me to use magic and push the splinters out from underneath my skin.
I vowed to save up things to sell at a market and use the money to pay for good shoes
at a market. I already had a few extra furs that I could sell for a few fraters and one grit. Good shoes would cost a slyon and a grit.
When I returned back to the camp I dropped the fishes onto a big leaf. The noise woke
Derek up and when he saw the fish his face twisted into a confused look.
“That isn’t jellyfish.” He grumbled underneath his breath.
“I know it’s not jellyfish, but this type of fish tastes the same as jellyfish.” I snapped. Derek was taken back with my tone but a smile crept onto his face before long.
“Someone got up on the wrong side of the bed this morning.” He joked and chuckled to himself. Then I threw him the don’t joke with me now look and his laughing ceased.
“What’s wrong with you?” He asked.
“Stupid splinters in my feet. I waste too much magic pushing them out.” I mumbled.
“I know a salve that can help; I used it all the time back at home.” Derek offered.
“If you make it then I’ll be forever in you debt.” I said.
“Alright, I’ll make it.” Derek said. I responded by just nodding my head and Derek headed out into the woods, gathered some plants and came back. He mashed the plants, mixed them up and just added water. The end product was messy green goo that smelled like radishes. He held out the canister in which the salve was in. I took the canister and shook off my sandals. I turned my foot so the bottom was exposed to me. I dipped my fingers into the salve and rubbed the slime onto my splintered areas. I felt immediate relief as the slimy paste numbed the pain in my feet. After a while the salve dissolved enough that I could put on my sandals and start cooking the fish on a stick over the fire Derek had started. Before I put the fish over the fire I took off their scales and stuffed them in my pack. Many women would like to wear these scales as necklaces, making the scales value increase. I could sell the scales to a jeweler and get a couple fraters. The meat sizzled as the fire licked it and cooked it. I felt my mouth water at the sight of the meat cooking. 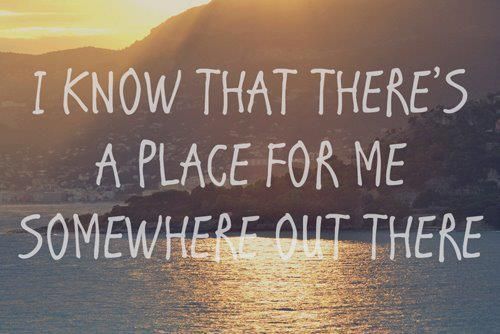